A chance encounter at the Dutch music festival Cross Linx in 2015, inspired Sebastian Plano and Maarten Vos to jointly explore their interest in using electronics with cello, the instrument they both started to play at a very young age. A year later they would spend a weeklong marathon session of more than 60 hours of improvisations at Plano’s studio in Berlin. The Argentinian and Dutchman trimmed down this session into nearly 40 minutes of delicate, dreamlike music that was released on their debut album ‘&’. It features seven tracks with introspective, astronautical-like music, highly emotive cello parts, counterposed piano melodies, and ingenious use of electronics. The duo tells Thierry Somers how a logogram, the ampersand, featuring in all the seven track titles, helped to structure the 60 hours of recordings into an album and why the cello can elicit such an emotional response in people.

200%: First of all, were are you at this moment during the second lockdown?
Maarten is in Friesland, in the far north of the Netherlands, at a small holiday house looking out on the fields near the sea and Sebastian is in his studio in Berlin.

200%: For some artists these difficult times have also created some unforeseen creative opportunities. For you as well?
Yes, it has been quite difficult year with several concerts and projects cancelled but is also has been a productive year. After realising that all projects and live shows were cancelled there was a moment of silence and emptiness. At the same time it offered us time for composing new music for our solo projects. Normally when you work on an album you allocate an amount of time to work on it and only try to focus on that. Now during the lockdown there was more time than usual, so you can zoom in on details or technicalities of making music. It has been a fruitful period.

200%: The album was conceived in a marathon session of improvisations and experimentations consisting over 60 hours of music. It resulted into 37:53 of music on the album. It seems quite a daunting task to edit over 60 hours of music. Could you talk about the editing process?
Sebastian did the edits of the seven tracks, making all the arrangements from over 60 hours of recordings we created in the end. It was a long process with many hours of listening and editing but a very enjoyable task as well. Sebastian’s objective was to distill a narrative from all of the improvisations we had recorded resulting in each track is a short story in itself.

200%: It resulted in the idea of giving all the tracks two words connected with an ampersand.
Yes, we wanted to create one meaning between two words, creating a small story with each track. The centre piece is ‘One & One’. It quite literally represents a similarity in our musical upbringings; at a young age we both started to play the cello as our main instrument. Also, we are both classically trained and work with a range of electronic instruments in our music.

200%: Did some of the tracks ran away from you and became these songs that you couldn’t have imagined?
There are several good parts that didn’t make it onto the album as it didn’t align with the structure of the album. When we started our marathon session we didn’t have any preconceived plans or a structure; it was all really open and intuitive. We shared similar musical ideas and we were curious to see where an improvisation journey would take us. Not knowing where it could go was inspiring.

200%: Could you highlight some of forward-thinking studio techniques you used on the album?
They ranged from the improvisations on our cellos to much more experimental approaches such as modifying the acoustic sounds in various ways. For instance, while Seb was improvising ‘Silk & Sand’ on the piano Maarten was modifying his sound in real time with various sort of effects, mostly using Max / MSP. Also, effects like distorting the input of the preamplifiers was an interesting approach to create a contrast with the straight forward acoustic sounds which you can hear in ‘Hell & Heaven’.

200%: The tracks ‘Night & Letters’, ‘Silk & Sand’ or ‘Moon & Words’ contain high tones. Are you specifically drawn to high tones?
Not necessarily but we both like intensity! The use of the high register was totally arbitrary, like all of the other approaches we took basically. We were surely experimenting with the whole frequency range, whether it was experimenting with just a sound or in our improvisations.

200%: Do you think it is an intense record?
No, we don’t. We do feel, though, it goes wild sometimes which definitely was the purpose.

200%: With software you manipulated the sound of the cello and created new innovative sounds. Could you mention a sound that you created on the album that you are very pleased with?
The opening sound of the “gated” piano in ‘Dense & Density’ is a good example: Sebastian was improvising on a Yamaha CP-80 piano while Maarten was modifying his sound using Max/MSP chopping (gating) the audio in real time; the audio amplitude is sequenced by gate “steps”. The resulting effect would break the piano sound in steps, it was a hypnotic sound which evolved in a long improvisation which we then cut down to about nine minutes for the track.

200%: Could you elaborate how the process of gating / chopping works?
Basically, the volume of the sound amplitude was going up and down while you can determine the threshold (how loud/silent the piano sounds) per step of the gate. This adds nice variations since you can draw the steps like a sequencer and make various rhythms on any audio source. Also, a repeat/stutter effect per step can be added to the effect as well. The noisy sound was from a copycat tape delay.

200%: Sebastian, both your parents are classical musicians and you both started playing the cello at an early age. At a certain point classical music alone no longer fulfilled you artistically and you started to fuse it with electronic music. Why wasn’t classical music alone not enough for you?
Sebastian: I started writing small pieces on notation software when I was 11 years old. I would print them out and play them in the house with my parents. Since then, my desire for writing [music] only grew bigger, but at the same time I was pursuing a career as a solo cellist playing concertos, in string quartets and various ensembles. Later on, things arrived at a point where I realised I wanted to devote [my life] completely to writing music as it was and is the most fulfilling part of being a musician. Fusing acoustic instruments with electronics comes from a process of experimentation, being curious and wanting to do new things. Classical music wasn’t just enough for me. I wanted to explore the idea of making music without any boundaries.

200%: How was it for you Maarten? When did you start playing the cello and what made you interested to manipulate the sound of the instrument?
I started playing cello when I was five years old. During my development in traditional classical music, I explored my big interest in minimalist, contemporary and experimental music. When I heard Alva Noto & Ryuichi Sakamoto playing Utp_ with Ensemble Modern I discovered how interesting and organic acoustic instruments can combine with electronics. After finishing my bachelor classical cello, I graduated as Master of Music at the live Electronics (combining traditional instruments with Electronica) department at the Amsterdam Conservatory. With the cello as a traditional sounding basis for my work, I combine the old sound of the cello with various electronic techniques such as my own build modular synthesizer. My goal is to fuse these two worlds into a unique whole with an organic result.

200%: As your both playing the cello I’m curious to know why people respond to the sound of the cello in a deep emotional way. What are the qualities of the instrument that it can elicit such an emotional response in people?
The sound of the cello operates in the same frequency range as the human voice (the male and female voice combined). This feature gives it the power to resonate with many people much more than the violin which has a much higher register. The sound is simply more pleasant to human beings as it is a better match with the frequencies we are most used to hearing in our daily lives.

The Australian composer on his opera ‘The Murder of Halit Yozgat’.

An interview with the composer, pianist and co-founder of A Winged Victory for the Sullen. A band who seeks with their instrumental music to express feelings that can’t be expressed in words.

On their debut album ‘Illusion of Time’.

Through their work artists can open our eyes to their way of seeing.

In his practice the Amercian artist explores What else can art be?

The current vinyl boom triggers an exciting resurgence of large format music packaging. A selection of 10 exciting sleeves that embody the renaissance in cover design.

“Are you crazy?!” an art dealer would tell his artist when he proposes for his next show to dug a 38-foot-by-30-foot crater, eight feet deep, into the foundation of the gallery. Gavin Brown didn’t.

“I got to be a lot more honest about my work.” Tracey Emin, on showing more of herself in her work than she has ever done before.

ART Inside the Blackhouse

Matthew Day Jackson gives a mini-tour of the house.

The Best of Nest magazine 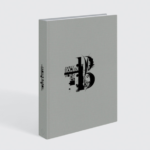 Subscribe here so you won’t miss any upcoming articles and interviews.